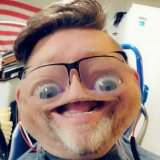 Traditionalism – the good and the bad

Traditionalism is defined as “the upholding or maintenance of tradition, especially so as to resist change.”

It is interesting to me that the Oxford dictionary explains the context of the definition saying, “Historically, it most often applies to the theory that all moral and religious truth comes from divine revelation passed on by tradition, human reason being incapable of attaining it.”

I find it interesting because traditions exist in so many settings other than religious ones. For instance, tacos and my family. For as long as I can remember, we go out of our way to ensure that each week contains a taco day (as often as possible, we allow that to happen on Tuesday).

Growing up, tacos were a favorite meal. I suppose that tacos have always been a relatively inexpensive meal, and I grew up in a family of 6. Perhaps that is why I remember tacos regularly as a child…I don’t think we ate them weekly, but I do remember having them often.

I don’t know when it started. I don’t know how it started. I just know that when we ate tacos at my parent’s house, we did it in this way. We sat down and all of the fixin’s were on on the table. Shredded lettuce, diced onions, diced tomatoes, seasoned beef (or, occasionally, chicken), shredded cheese (for those that think cheese belongs on a taco), sour cream (again, for those that have lost their minds and think this belongs on a taco), and some taco sauce. I seem to recall that we would sometimes have beans, but I don’t remember rice.

We would take what we wanted from the ingredients and build a mound of taco stuff on our plate, mix it all together (yes, kind of like a taco salad), then scoop the premixed goodness into the tortilla (yes, technically, this would be a burrito) or shell (and, as often as possible, I suggest you wrap your shell snugly inside a tortilla).

This is an ideal way to ensure that each bite of your taco includes a little bit of each of the delicious ingredients – no matter which direction you needed to come from as you conquered each taco.

This is how you make tacos (and that, in a nutshell (or maybe I should say “a taco shell”), is traditionalism).

It doesn’t take much imagination to see how easy it is for traditionalism to get into the church (and that helps us understand why the Oxford dictionary applies the definition directly to a religious setting). If we think the thought, or utter the words, “we’ve never done it that way before…” then we are dabbling at the edge of the traditionalism pool. Consider the following

When you read through that list, most of you will probably be able to identify a personal preference to each comment/question. Maybe you don’t really care one way or the other, but if you were the one to make the decision you know which of the choices you would pick. But for some of the items on the list, we might have moved well past a personal preference and I’m guessing that at least one item in that list strikes a nerve. Almost always, when a nerve is struck, our attention is focused…so let’s assume that we are now focused and get to the meat of this post. Let’s uncover the horrible, harmful truth about traditionalism.

Let me reveal the simple and complete problem with traditionalism: the only problem with traditionalism comes when it resists change. Seriously. There is great value and power in traditionalism because there is great value in traditions – especially in a religious setting. Traditions are one of the best platforms to launch growth and strategic changes. Traditions prevent us from “reinventing the wheel” and should help us avoid mistakes that have already been made. Traditions could pave the way for every subsequent generation to stand proudly, confidently, and victoriously upon the shoulders of those that have come before. But, far too often, just the opposite happens.

The problem comes when we allow a tradition, and the observance of that tradition, to become idolatry.

Here is the hard truth: If one of the items in the list above did strike a nerve, guess what? You may have just discovered what might be an idol.

Deprecated: Elementor\Scheme_Typography is deprecated since version 2.8.0! Use Elementor\Core\Schemes\Typography instead. in /home/paulpy5/public_html/newhopenaz.cc/wp-includes/functions.php on line 5051